Reflections of a Year Abroad…Part 1

2011 was an epic year in so many ways, good and bad. I still can’t believe that I visited 8 countries (9 if I can count Malaysian Borneo separately, I did have to go through immigration) in under 12months. 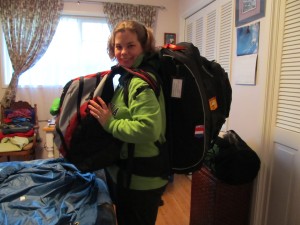 Here are a few flashbacks and memories. The titles are all linked to the first blog entry of that country with a few others scattered around. Hope you enjoy…

When plans to volunteer in Botswana fell through I felt I needed somewhere else to replace those months before heading to Australia and New Zealand. It’s not like any tickets were bought or anything, it was just something my mind had decided on, there had to be a country or two before. I was at a loss of where until a friend said “don’t you know someone in Peru?”. Why yes I did, a co worker from the Seattle Woodland Park Zoo. Fernando was our imported penguin expert for the new exhibit and all of us summer employees got on really well.

So I contacted him and it was on, Peru was destination 1. I honestly had no idea what to expert, I had never been to South America and the only Spanish I knew was hola. But ever the one to shrug off obvious adversities I booked my ticket the day after my 33rd birthday. Now only 4months and 5 days till I would leave.

Peru was amazing, and I loved every minute of it. Cusco is now one of my favorite cities, although next time I am definitely pre-dosing on the altitude tabs… Man that hit me hard. 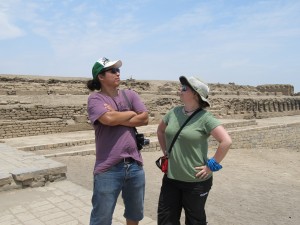 Machu Picchu was at first unimpressive, just a ruined city in the rain… the the clouds parted and it all became clear why it was so revered as a must see, that and the thought of “what bloody crazy idiot would make his people lug thousands of stones up a mountain side that scares the living daylights out of on the bus ride…and down??”. Seriously, it was breathtaking. 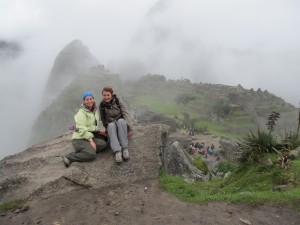 Good Friends: Cathleen and Me at Macchu Picchu

Lake Titicaca, just giggle everytime I say that, was awe inspiring and I would love to go back. However, the port city of Puno was a real dump and I was glad for fellow traveler advice to avoid it as much as possible. 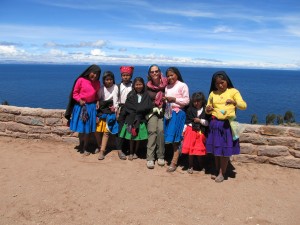 The worst thing to come from Peru : The altitude sickness that actually had me bed ridden for a day.

The best thing to come from Peru : A great new friend named Cathleen!

A reason to go back : I haven’t tried roasted guinea pig yet 🙂

I was almost to the point of buying tickets when my mom held out a newspaper article about volunteer travel. It had a 2 sentence blurp about Amazoonico Wildlife Refuge in Ecuador. The part that caught my eye was the minimal cost of $120/month for food and accomodation. Bonus! I dropped them a line and soon had that on the map. Or actually I couldn’t even find the town of Tena on the map, but Ecuador was right about Peru so how hard could it be.

42hours later my bus (with the locked bathroom) pulled into Quito. Have you ever experienced the need to pee so bad that you can’t… Let’s just say when I could finally see through the wall of water in my eyes, I was in love with the loos of Ecuador. At least the one in the daughter’s home of a lady I had met in Spanish class and who was kindly putting me up for a few days.

My two months at the refuge came with high highs and low lows. The first month was tough as I was the only new volunteer, all the others were girls averaging 21 and had Spanish as a common language. By now I think I could almost say my name and ask where the bathroom was. In short it soon became apparent I was back in highschool and … I still wasn’t popular. My amazing volunteer co ordinator, Sarah, took me aside and said “you can leave, or you can stay and it will change your life”. Who am I to argue with authority, I stayed and in that first month got through a good number of books and enjoyed my alone time since group time was in Spanish, which I was picking up quite well.

The second month was much better, we had a new cycle of fresh blood, English became the common language, I was a senior volunteer (and ok I admit I love being the one who needs to teach others), and I discovered my gift for making cookies… That pretty much made me popular in high school! It was very hard to leave.

At the end of my time in the jungle I went to the ocean and saw blue footed boobies… again another thing that just makes me want to giggle.

The worst thing to come from Ecuador : Struggling with the volunteer dynamics that first month.

The best thing to come from Ecuador : Blue Footed Boobies!! Oh and discovering an inner strength.

A reason to return : Perhaps a chance to see the Galapogos.

It turned out cheaper to fly back to the states and then to Australia rather than from Peru to Aus. So I found myself with 8days in the states. I decided to surprise my parents for Easter. Officially the best surprise I have ever pulled off. The first time they were ever speechless.

Australia and New Zealand were always on my list, part of the reason for this trip was to find a place I might want to live and since they were on the “most likely” list.

My first impression of Australia, especially after 3 months in South America, was “Oh shite!!! I can barely afford a coffee”. I was shocked at the prices and the Aussie dollar was stronger, of course that changed a few weeks after I left… I quickly worked out plans to mooch… I mean visit any friends and family I had, along with sorting work trade with hostels. 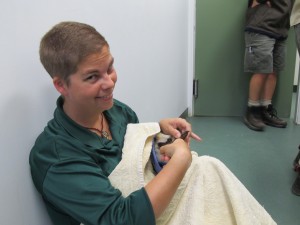 Yes my finger is down its throat

Australia ended up being a country of many new experiences:
I attempted work trade at a farm that has now become known as the Looney Farm by all of us who were there.
I saw Koalas, Kangaroos, Platypus and many other strange and wonderful critters.
I saw friends I hadn’t seen in over 10yrs.
I shaved my head for charity.
I swam with manta rays.
I force fed Kookaburras.
I swam in a freezing lake.
It might have been expensive, but I have some amazing memories that are worth every penny. 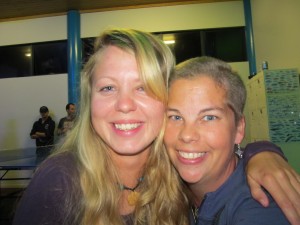 The worst thing to come from Australia: The cost.

The best thing to come from Australia: Shaving my head for charity.

A reason to come back: Friends and a little town called Coral Bay.

I discovered this amazing organisation that spent a month on the island of Tonga every 3months running a vet clinic. I contacted them months before arriving and was super excited. Accommodation was included and there was no fee to volunteer. A great way to experience island life and do something good for the community.

This was a month of extremes, as it turned out there had been a misunderstanding and I went from being a vet nurse to designated pee/poop cleaner and coffee maker. But I had committed to a month and so I pushed through proving my skills on more than one occasion when they needed me to monitor during surgeries when no one else was available. I think one of the biggest problems was that I was there in the middle of a year long trip and to volunteer while reserving my finances, the others were there as a vacation and had money to spend.

At the same time I met some amazing people, locals and expats (including 4 South Africans, what are the odds) and got the chance to visit one of the outlying islands. 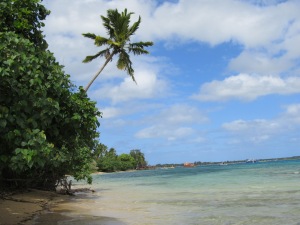 No Matter What, It Sure Was Pretty!

The worst thing to come from Tonga: My treatment by the other volunteers and the organisation.

The best thing to come from Tonga: Fulfilling my commitment and discovering an amazing culture.

A reason to go back: maybe for a vacation and not to volunteer.

I must admit I had a hard time finishing this post for some reason. So many things that go through my mind and writing this entry makes the journey complete. Luckily there are still many more to come.

Posted by trailingtrekker on September 6, 2012 in Australia, Germany, RTW, Travel