One of the great things of doing an all inclusive package with the Magic Bus is the fact that you don’t need to organise a thing! At 7am, only slightly hung over (somehow managed to down some ibuprofen and water at 1am in preparation), we were all picked up and driven along a scenic route through a land rich in culture and legend. 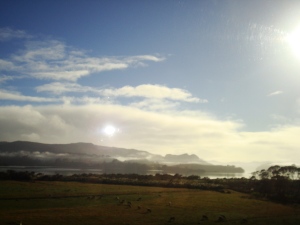 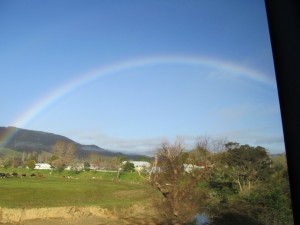 Due to the tide being high earlier in the day we had to change the regular schedule and head straight towards 90 mile beach. Technically speaking the beach was misnamed and is truly only 55miles. But 90mile beach has a much nicer ring to it and so the name has stuck.

Driving along the beach swerving to avoid incoming waves, we headed to the sand dunes where we were to do some sandboarding, with a brief stop to enjoy this stunning section of beach. 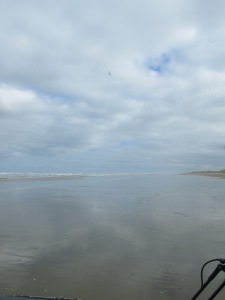 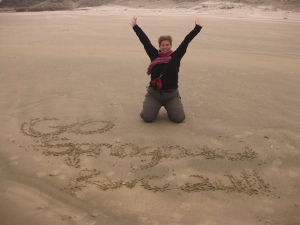 After exploring and running around on the beach we headed slightly inland to the dunes. Sand boarding sounded like a blast and I couldn’t wait…until I saw the size and angle of the dune to boarded down. It was huge, massive, steep! And, I am sad to say, was struck by fear. I opted for a slightly less deadly dune while the others braved the monster taking their lives in their own hands. It didn’t help when our guide told us about a girl who had broken her leg, and how he had lost his bottom front teeth, all to the dune. 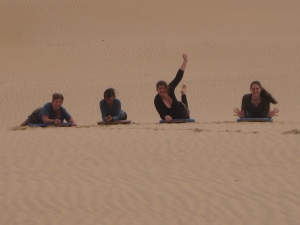 boarding down the mini dune 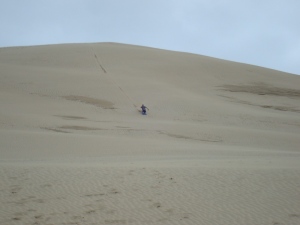 For lunch we stopped at this stunning, secluded bay, that made you want to pitch a tent and stay for ever. The sun was shining, the breeze was cool and there wasn’t a cloud in the sky. 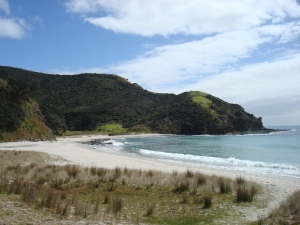 While Jen (England), Freya (Scotland) and I were eating, Lissy (Germany) came over to the rest of us and asked if we had seen the seal. We quickly packed up and went to have look. The thing was massive! And the closer we got the more I realised it was a leopard seal, a sub-antarctic creature that was hundreds of miles away from home. The poor creature did not look very well and had even attempted to swim away but had returned to shore. It was either sick or overheated or both. Our driver said he would call the authorities but there wasn’t much to be done. I never thought I would ever come face to face with a leopard seal in the wild. Goes to show you never know what you may see on the magic Tour. 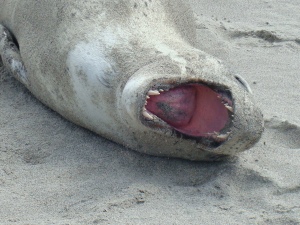 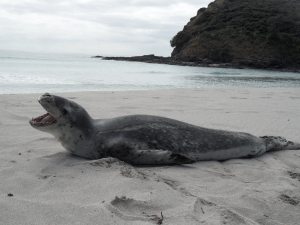 The Northern Most Point

After getting our adrenalin rush we headed to the Northern most point of New Zealand, Cape Reinga. The Cape gets its name from Maori legend and the word Reinga means “underworld”. Another Maori name for the area is Te Rerenga Wairua, meaning the “leaping off place of the spirits”. Both of these names refer to the belief that the area is where spirits of the dead leap off and enter the underworld. The place is very Tapu, or restricted or forbidden. No food is allowed to the point and visitors are asked to be respectful. 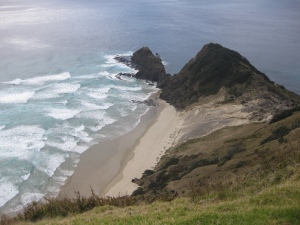 The area is unmistakably powerful and amazing and the views are tremendous. Its also where the two bodies of water meet, the Pacific Ocean and the Abel Tasman Sea. This is one trip everyone should make. 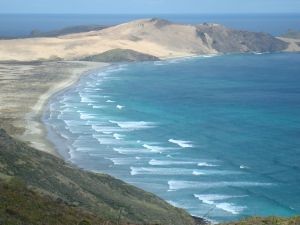 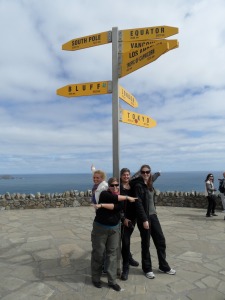 Kauri trees are native to New Zealand and were almost cleared out in earlier years due to their strength and beauty. The trees are also self limbing, meaning they drop lower limbs as they grow and therefore do not have knots in the wood like other trees. These trees are impressive to say the least and it is now illegal to cut them down. The only trees available for use are those blown down in storms or what is known as swamp kauris, trees that feel many years ago and have been buried in the swamps. The wood is still good though, preserved by the swamp itself. The museum was fascinating, but expensive, there was even a stairwell built out of an entire trunk. 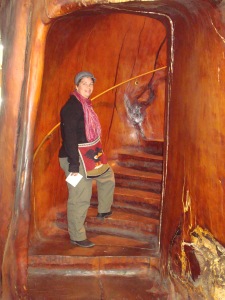 Our next stop was a kauri forest and man were the trees big. All I can do is show a photo. 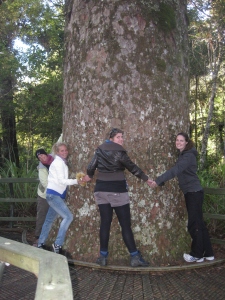 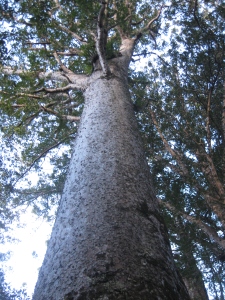 After a long day of touring and fun and discovering we headed back “home” to Paihia. It was a tremendous day and again I am thankful to have discovered the route on Magic Bus. After a dip in the hot tub and some dinner we curled up to watch number 2 and 3 of Lord of the Rings, after a further 6hrs…. we headed to bed.

Tomorrow promises to be another fun filled day with the girls.

Posted by trailingtrekker on September 22, 2011 in Uncategorized

Arriving at 1am in the morning and being slightly less compus mentus, especially after having one of my full row seats given to someone else, the fear on my mind was getting through immigration. You may recall that I apparently have similar information, to a person of interest, who the government wishes to talk to! But turned out I had no worries, after joking a bit about the rugby, I walked on through, got my bag and hopped in a cab.

I had exactly $45nz and had estimated it would cost $25. I had a great cab driver and we chatted all the way to Kirsten’s about his days on the boats that ran to Portland, Oregon. As we got closer I noticed we were at $45 and still ticking. In addition to the actual charge there is an extra $7 charge for the airport. At the house hte final charge was $52, but he was sweet and said the $45 was fine. Thank heavens!

After a rough month it was great having a good friend to bounce ideas off of and figure out what to do next. Its amazing how emotionally draining things can be. I was at the point where I just needed to go and do something fun and not have to worry about costs or transport. Kirsten recommended a tour of the Northland and up to the very point of NZ, Cape Reinga. We looked at just doing a basic bus service up there, at Kiwi Experience and at Magic Bus. Magic won the day as they had exactly what I wanted and included a dolphin tour, sandboarding, Kauri tree museum, visiting the giant Kauris and much more. Normally I would have run in the opposite direction of the cost, but right then and there I didn’t care and it sounded like the perfect trip to get my mind off things. Not to mention that my cheapskate ways now mean that I have a bit extra to do something fun!

So its off to Auckland to stay in the Surf ‘n Snow hostel for a night and then an early pickup Saturday morning. I am so looking forward to this you have no idea.

Look out Northland you are about to be invaded by a Schmidt!!!

Posted by trailingtrekker on September 18, 2011 in Uncategorized