RSS
← The Merchant of Venice….
Why Not Become a Scuba Instructor…. →

Exploring The Glass Island of Murano

We spent the morning getting lost in the allies of Venice trying to find our way to the vaporetto stop on the other side of San Marco square. Seemed easy enough but we kept hitting dead ends or canals with no bridges, all rather amusing…

Exploring and getting lost amongst the canals and tiny streets

Finally we made it to the vaporetto and then we were off, past cemetery island 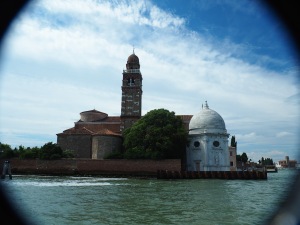 And on to Murano famous for it’s glass: 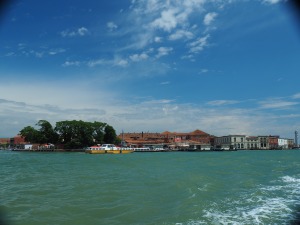 There are beautiful works of Glass everywhere…

Even a giant glass star like ornament, with pigeons making themselves comfortable amongst the shards…

All too soon it was time for me to dash off as my first cruise ship, MSC Lirica, and favorite cruise director, Richard, was in port and I hoped to catch up with a few friends. 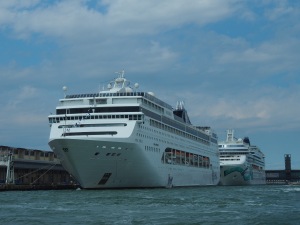 Unfortunately it happened to be the day the big bosses were onboard and so after waiting 2 hours I had to just send Richard greetings via message, hopefully next time. I did get to see a few friends I didn’t even know where there though, so that made up for it.

Ultimately the hostel I chose was in an even better location than I thought. Generator Hostel Venice is located across the canal from San Marco Square and also with a direct view of the main cruise ship canal to get into the city. So when I returned in the evening I looked out the window and there she was, my beloved first ship, MSC Lirica, sailing right past the window: 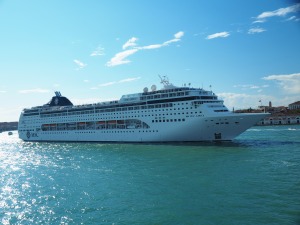 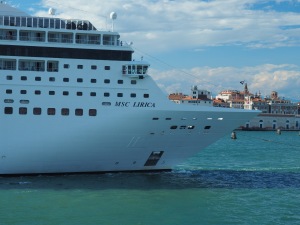 The day before my exploration buddy, Tayllor, who I met in the hostel, and I headed to San Marco for adventure and in search of something to eat. Tayllor had heard good things about this cute little bar called Harry’s Bar. We weaved in and out the little streets following the GPS on her phone only to realise we had walked right past it, it was that small. Turning round we headed back until the GPS beeped, still a bit confused as to where it was or where the entrance was. Finally we found it and headed in, dinner wasn’t being served for an hour or so, so we decided to come back, it did look quite quaint…

(I did have the urge to ask to look at the menu, but pushed it aside)

Returning later (again had the urge to ask for the menu before being seated but pushed it aside, it couldn’t be that expensive) on we were shown to a tiny table squished up next to another family and handed menus. As the waiter handed us the menus he asked if we wanted a Bellini, the house special drink and famous in Venice. Sure we said….. then we opened the menu…

I honestly think my vision blurred, my breathing became rapid and shallow, I was light headed and possibly had a pain in my chest… but not a heart attack more like a price attack… The Bellini, which came in a small nondescript glass, was €23, and the cheapest thing for food was a €27 cheese sandwich!

Tayllor and I both looked at each other, quickly decided to say the hostel just called and there was a problem. The waiter had already opened a bottle of water (too afraid to even ask how much that was), we hurriedly made excuses and offered to pay for the water. This must be a common reaction as the waiter just waived us off. Tayllor nearly took the tablecloth with her as we made a mad dash for the door. Felt like we had just robbed a bank or something… too funny.

Turns out Harry’s Bar was a favorite of Hemmingway’s and their prices reflect it! 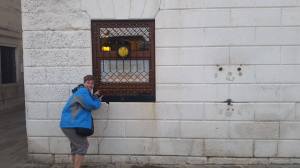 Keeping that in mind this evening I tentatively asked to see a menu at this fabulous little place near the hostel, on the island across the water from San Marco Square (apparently the square has some sort of inflation effect on prices). It was expensive but affordable and I thought “what the hell, you only live once”. Please note this attitude only works on AFFORDABLE prices.

The view made the €39 worth every penny!

A great day, a great evening and a great meal. The plan for the final morning.. wake up early and explore BEFORE the tourists arrive!

Waking up at 7am, I grabbed a quick breakfast at the hostel, moved my bags into the storage room and was on the Vaporreto before 8am. I walked around for an hour and saw maybe 20 people, the shops were closed so you could really enjoy the feel of Venice without the urge to buy. At 9am as I entered San Marco Square the bells rang and somewhere a gate must have opened because thousands of tourists arrived at the same time.

Here are a few of my favorite pics from a Fabulous city: 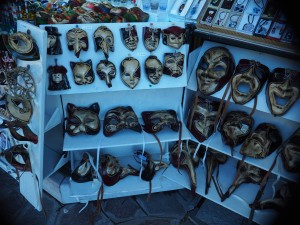 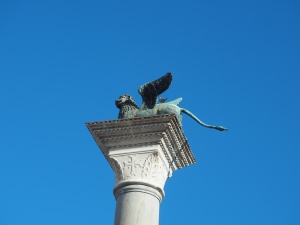 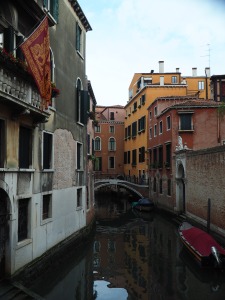 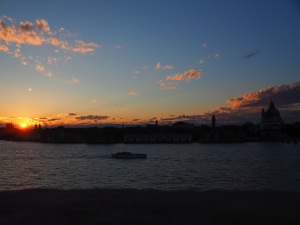 Posted by trailingtrekker on July 26, 2015 in Travel

← The Merchant of Venice….
Why Not Become a Scuba Instructor…. →